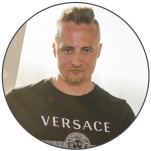 In 2005, NCR was bleeding money on all fronts from a lack of strategic initiative and no clear leadership skills within the company. A drastic change was needed to salvage the company amidst a turbulent market environment.

At the time, the most valuable asset the company had in its possession was TeraData, a database solutions package which had little to do with the core component of NCR’s business model. Moreover, the company itself had absolutely no strategy to deal with a rapidly changing technological environment. The rate of change of tech requires that all companies now need adaptability above all else, in the software sector in particular. There was a lot to be done in order to salvage a sinking ship, but three things took place that helped the company stay afloat.

Any organization is no more than a reflection of its constituent members, even if more importance might be weighted towards the members of management. NCR had a very strong and rigid culture, which can be a  double-edged sword. There is nothing wrong with a strong or rigid culture, and it is a strength when the culture is appropriate to the market environment. But when the environment shifts and the culture is not suitable, then it can often hinder development. It’s why companies who cannot change their values go under.

New management came to the organization, and gradually the ethos changed. This can be very difficult to do with larger companies. In tech companies like Google and Amazon, the company ‘personality’ is drilled into the employees so they are all on the same page. Over time, this ingrained personality can become difficult to alter or remove. It can only be done slowly and with time.

Thankfully, the culture of NCR was able to shift (over the years) and reorientate itself to the new way of thinking, acting, and doing. The company is now focused on software, a changing and dynamic model that requires innovation and flexibility. Changing the entire ethos of a company to adapt to something entirely different is no easy feat, and required drastic changes. This was achieved thanks to good leadership skills demonstrated by the new ownership.

In order to reinvent any kind of company, the right players are needed. A new team was assembled with a new mindset that was more conducive towards a tech-driven era. The beliefs of this team rubbed off on other employees, while also delivering technical expertise.

Without having the right talent on board, NCR would not have made the enormous progress that can be observed since 2005. It is not only about change, but positive change with a clear vision. Everybody needs to be on board with the long-term plan for a company, and it is absolutely necessary to align goals and values in a collaborative fashion. Without the team and the vision, the company would not be where it is today.

Additionally, a world-class center was established near the campus of the Georgia Institute of Technology, to attract the best minds for the tech industry (Georgia Campus is known for providing talent in the software sector). The positioning of this center sent out a clear message of what NCR wants to do and who they want with them in the journey forward.

Correct leadership invariably requires tough decisions. Once a goal has been committed to, it is not easy to deviate from the path. In 2005, TeraData had a bigger revenue stream than NCR (by a large margin). This is in spite of the fact that the businesses were not in the same area and were not even complimentary. There was practically no overlap in the two markets. As a result of this lack of integration, there were often tension and conflict over the use of internal resources.

It was better to follow through with one of these two parallel tracks – even if one was working successfully, it was better to have cohesion within the company. The decision was made to sell TeraData, and it was not an easy decision. TeraData was sold, a bold move that paid off.

Ultimately, all leaders know that it is the follow-through that counts more than the decision itself. Changing your mind halfway is a disastrous maneuver, and those with leadership skills will often only do this in extreme circumstances, where there has been a sharp change in market circumstances. NCR was able to change its culture, switch to a different industry, sell its profitable database platform, and still remain relevant. Good leadership skills saved the day

Tags: leadership
Previous Post Never Compromise On Your Own Excellence
Next Post Take The Time to Protect Your Time